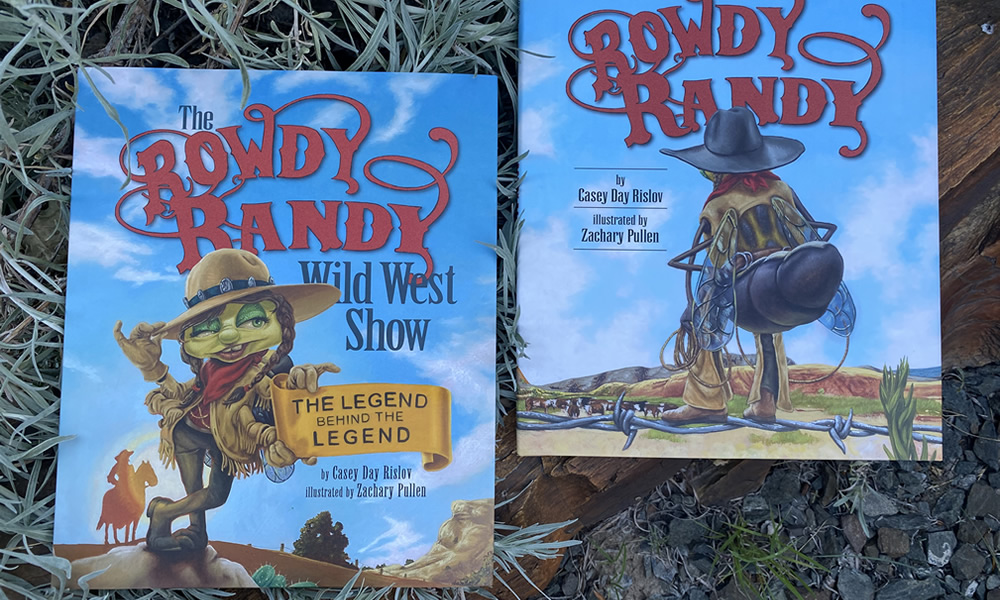 You are invited! Come out for "The Rowdy Randy Wild West Show" Pre-Release Party and meet author Casey Rislov and illustrator Zachary Pullen

Wind City Books in downtown Casper, Wyoming has been such a great supporter of the Rowdy Randy book so it is only fitting that they host our pre-release party! Come to Wind City Books on October 8th from 11am to 1pm to get the first copies of the book available anywhere! You can pre-order signed copies now at Wind City Books or online here.

The official nationwide launch date for the ROWDY RANDY WILD WEST SHOW book will be October 12th but you can get yours early by attending this exclusive pre-release party.

If you missed the first Rowdy Randy book that one is available at Wind City Books as well. Rowdy Randy was created by Casey Rislov and Zachary Pullen to showcase the amazing Wyoming wildlife in a childrens book.

The first ROWDY RANDY book was such a success and won so many awards that Rislov and Pullen knew Rowdy Randy needed another adventure... and thus the ROWDY RANDY WILD WEST SHOW book was born.

We hope to see you at the pre-release party at Wind City Books to help celebrate the hard work that brought this book from concept to publication!