A New Chapter in the Legend of Rowdy Randy 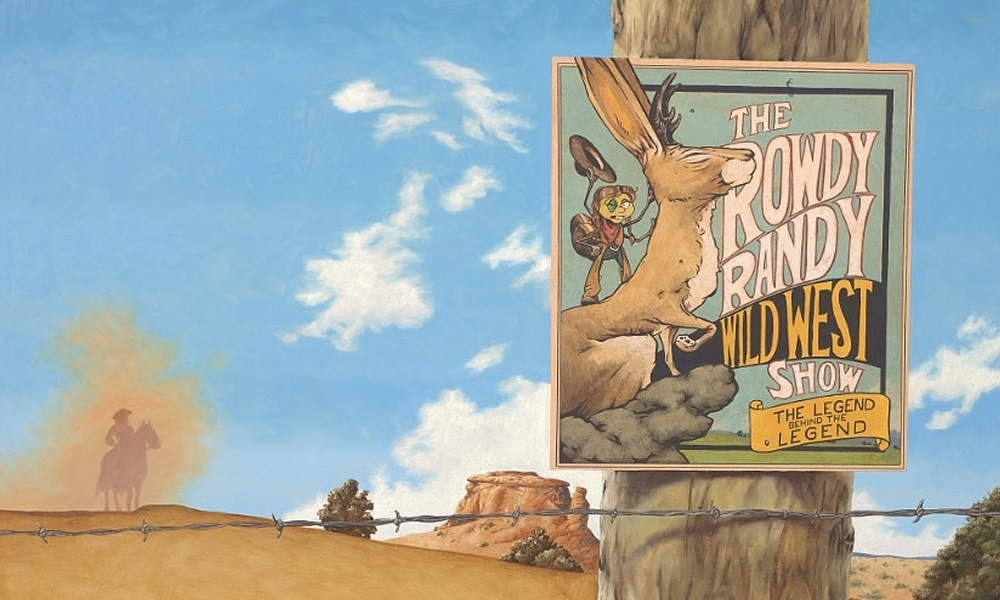 The rumors are true... Rowdy Randy is back!

"The whole world is buzzing about The Rowdy Randy Wild West Show—clap your hands, all four of them, for the legendary horse fly that insects-up to become a rodeo entrepreneur!"

After the success of award-winning Rowdy Randy, the first book in the Rowdy Randy series, Rislov and Wyoming artist Zachary Pullen teamed up again to create The Rowdy Randy Wild West Show.

Rowdy Randy is back, and this time instead of aggravating all the creatures in her path, she’s rounding them up to put on her very own Wild West Show.

Rowdy Randy, a popular picture book based on the wild west and the legend of 'Rowdy Randy', has continued to win book awards. Some of the recent awards include the Benjamin Franklin Award, the CIPA EVVY Book Award, the National Parenting Product Award, the Buckaroo Book Award, and many more! The book introduces children to the character of Rowdy Randy for a western adventure with beautiful illustrations. Rowdy Randy is the toughest cowgirl around. Never mind that this broncobuster is a horsefly. She acts taller than any tall tale. She might be easy to overlook, but Rowdy Randy definitely can't be ignored. Saddle up and hold on tight for a story that will jangle your spurs and blow your cowboy hat clean off.

Casey has 8 award winning children's books. Rowdy Randy is one of her most popular books and continues to win new book awards. Casey's newest book is the Rowdy Randy Wild West Show, where she once again collaborated with Illustrator Zachary Pullen to bring fans a new wild west adventure featuring the irascible Rowdy Randy!

Casey Rislov also recently teamed up with acclaimed wildlife photographer Ron Hayes for an adorable wildlife picture book for all ages in, "Let Me Tell You About My Mom."

Time Together, Time Well Spent! was her debut book. Love is Forever  has gained international attention as way to teach children about loss and she has created a companion baby book called LOVE to introduce topics of love and connection with others to ages 0-3.

Come In: Open the Doors to You encourages children to try new things, & Imagination Bigger Together engages kids on topics like friendship & exploration.